Boogiemonsters were an alternative hip hop group with four members: Vex & Mondo from NY, and the Myers brothers, Myntric & Yodared from Jamaica.

Their career started after they had success at various meetings and selling demo tapes on the streets of New York.

Riders of the Storm: The Underwater Album got released under Pendulum’s and EMI’s wings in 1994. Later the Myers brothers left the group, and the remaining two member came out with God Sound in 1997.

The two albums have some religious flavor, but they doesn’t force or question the listeners’ own belief or disbelief.

Boogiemonsters was one of the first group that I discovered since I’ve started listenin’ to hip hop music, and at the same time, in my opinion, one of the best as well. I can only suggest it to everyone! 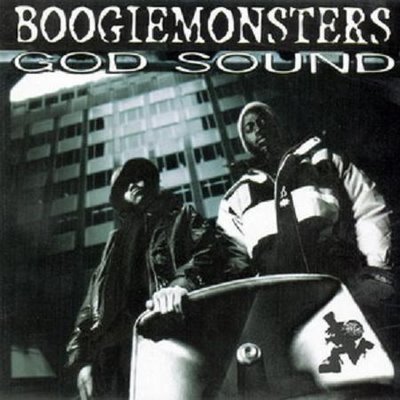