A short-lived, golden age rap group in the ’80s, the Masters of Ceremony made no considerable impact on hip-hop outside of their NYC suburban locale, except that the group first put on display the mic techniques of Brand Nubian member Grand Puba.

Formed in New Rochelle, NY, the Masters trio, rappers Grand Puba Maxwell and Dr. Who plus DJ Shabazz, was the first act signed to imprint Strong City, co-founded by Afrika Bambaataa associate and DJ Jazzy Jay in 1985. The Masters of Ceremony’s debut single, “Crime,” arrived that same year, followed in 1986 by the more successful 12″s “Sexy” and “Cracked Out”, both produced by Jazzy Jay. With the bulk of the production handled by Grand Puba, their Dynamite (1988) LP was a commercial disappointment, though it was regarded highly among N.Y. hip-hop collectors at the time. A few more 12″s, including the album title cut and “Master Move”, were released before the group eventually disbanded that same year…

…more at allmusic.com
As an Amazon Associate I earn from qualifying purchases made through affiliate links. 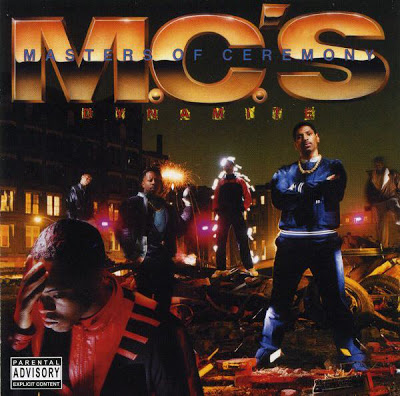