Apani B Fly is an American female rapper hailing from Queens, New York.

In 1996 her first 12″ Estragen, was independently released and shortly followed up by several high profile guest appearances on projects with Organized Konfusion, Black Star, as well as Pharoahe Monch and her first full length album in 1999, Rhyme Related, which was released with her former group, Polyrhythm Addicts… 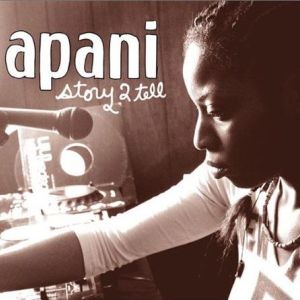